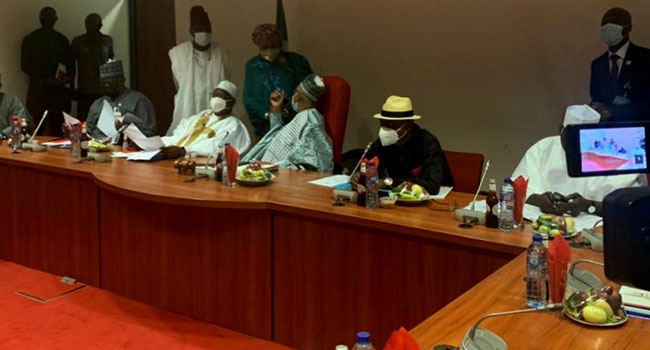 The Senate Committee on Foreign Affairs is set to screen the immediate past Service Chiefs who President Muhammadu Buhari nominated for ambassadorial positions. The former service chiefs are at the National Assembly ready to be screened by the lawmakers.

The Senate committee which is led by Senator Mohammed Bulkachuwa held a closed-session before the service chiefs were ushered into the room for the commencement of the screening. The Special Adviser to the President on Media and Publicity, Mr Femi Adesina, on Thursday, February 4 announced that the immediate service chiefs have been nominated by President Buhari for the position of ambassadors.

COVID-19: FCCPC warns against increase in prices of hygiene products