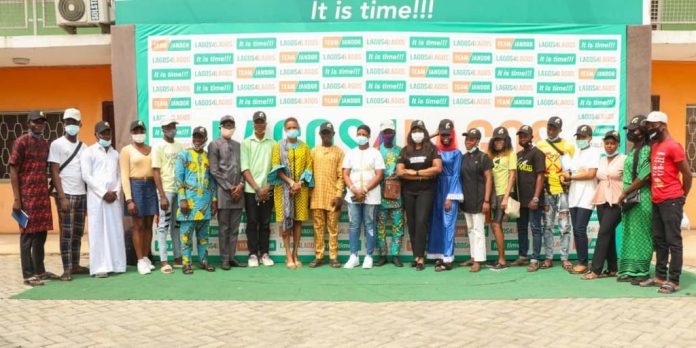 The Lead Visioner of the Lagos4lagos movement, Dr. Abdul-Azeez Olajide Adediran, has inaugurated first-time-voter ambassadors for his Lagos4lagos structure across all LGAs and LCDAs in Lagos. The Ambassadors who are young Lagosians that have never voted before were saddled with the responsibility of rallying round their likes under the watch of Lagos4lagos Directorate of first time voters.

While inaugurating the team, the Lead Visioner who was represented by the Central Coordinator of Lagos4lagos Funke Ijayekunle advised the team to rally their likes towards putting their numerical strength to use via the ballot. Jandor said the first time voters stand the chance to decide on the Lagos of their dreams if they can choose the right set of leaders who will steer the affairs of the state to greater heights.

“Lagos state has the capacity and the resources to compete with world’s best cities if we get the leadership right”, he said. Jandor, as he is popularly called, further encouraged the first time voters to be proactive in their chosen career and to also be law abiding. Other state officials of the Lagos4Lagos movement present include; the head of Special duties, Mr. Sola Fatusi, Director of Mobilisation, Alhaja Khairat Ojokutu, Assistant Head of Special Duties, Mrs. Ronke Oyelakin, amongst others.

We are ready to sacrifice our lives for El-Zakzaky’s release –...