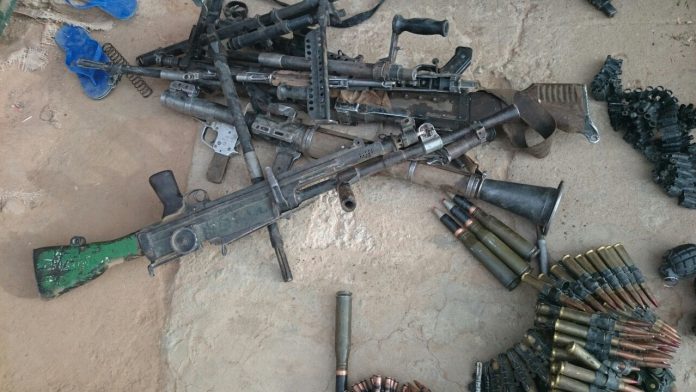 Three notorious bandits said to have repented have again surrendered their weapons to the Zamfara State Government. After giving up their AK-47 rifles and other ammunition on Monday, the bandits had sworn with the Holy qua’ran not to return to carry out banditry activities again.

One of them who spoke in Hausa at the Government House in Gusau said that they have sincerely accepted the peace initiative of the state government; pledging not to commit dastardly acts any longer. On his part, Governor Bello Matawalle said his administration will do everything humanly possible to mop up arms from the bandits.

The governor said the move is necessary for peace to reign in the state to enable residents to go about carrying out their lawful businesses. While noting that not all Fulanis are criminals, he argued that some of them were pushed into criminalities.

“We thank God for making us witness another day of success. When we started this dialoguing with these people, we have been getting so many attacks from all angles because people do not understand what it means,” he said.

Lagos4Lagos: Political Leaders in Epe Give Jandor a rousing welcome