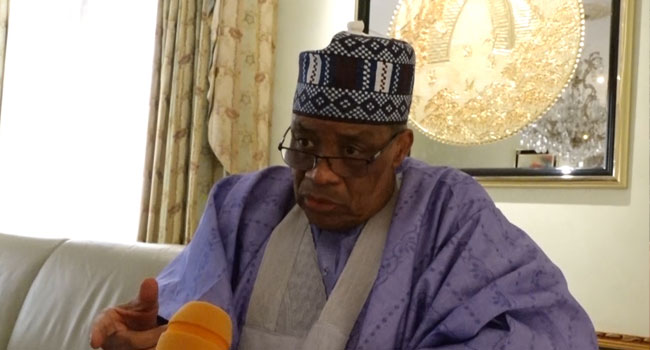 Former military president, General Ibrahim Badamasi Babangida says the security threats faced by Nigeria at this time, can be dealt with but requires long-term planning.  In an interview on Tuesday, General Babangida stated that the nation can overcome its security issues if those in the position of authority plan appropriately.

He said quashing the threats posed by kidnappers, bandits, and the insurgents require a lot of planning, adding that it is not a short-term plan. General IBB said he has obtained information suggesting that security agencies are working together to map out new strategies on how to deal with the situation. The former president while stating that he is concerned about the situation in the country, urged the government and the citizenry to join forces to overcome the problem.

Similarly, former Head of State, Retired General Abdulsalami Abubakar says all hands must be on deck to ensure that the insecurity menace in the country is tackled appropriately. Speaking on Tuesday after a meeting with the Nigerian Governors’ Forum in Minna, the former president said he urged the governors to stop all squabbles within themselves.

We will not rest until Nigeria is safe, says Olonisakin

Lagos to get international airport in April 2020 — FG