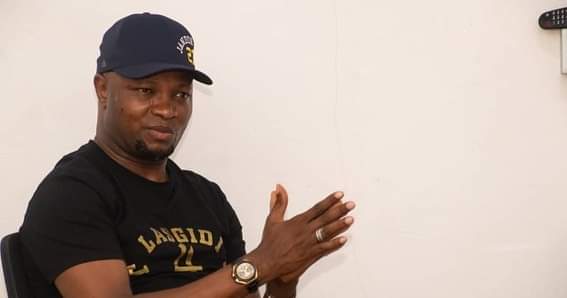 ** says “You are a force to reckon with”

Lagosians in diaspora have expressed confidence in the ability of the Lagos4Lagos movement to take back governance to the people of Lagos and also make things work better for all that live in Lagos. This was revealed during an interactive session between the Lead Visioner of the Lagos4Lagos movement, Dr. Abdul-Azeez Olajide Adediran, and Lagosians in diaspora.

Playing down the misconception of the Lagos4Lagos mantra, Jandor said different people find their own unique expression in the Lagos4Lagos mantra and reiterated the inauguration of different ethnic groups into the Lagos4Lagos movement, including the Ndigbo, the Arewas, South-South group and several town unions who are registered and active members of the sociopolitical group. Responding to questions on why the choice of the All Progressives Congress (APC), Dr. Adediran noted that if the current leadership of the party carries out its proposed reforms is through the free and fair internal democratic process, then the newly registered members and the repentant veterans can take the party to its desirable heights in Lagos.

The young politician also noted that the present electoral act is not near perfection and its current standing only allows political parties to sponsor candidates for elections. “The APC member registration and revalidation process is like pressing a reset button, some things will change as a result of the registration exercise”. “We are in it, things are changing at every level and we must equally ensure a viable internal democracy in the party”, he said.

Jandor, however, reassured his teeming members on their concerns about security threats, saying that “the first attempt to discourage potential leaders is to create this kind of fear in their minds”. When asked on the insecurity in the country and the role of Sunday Igboho, Jandor said “if the security architecture is not addressed, we are going to have more Igboho”. The teleconferencing meeting which was moderated by Mrs. Khairat Animashaun-Ajiboye, also suggested that the Lagos4Lagos movement opens an online platform for members to contribute their quota financially.

While appreciating their gestures and volunteering to be part of the movement, Jandor said “He bankrolls, that is why he controls, we are careful of accepting financial donations from just anyone”. He, however, assured Lagosians that an online financial support system will be launched soon. In his closing remarks, an APC chieftain, Mr. Fuad Oki, enjoined the Lagosians in diaspora to encourage more people to register with the APC. Present at the meeting include Lagosians from United States, Canada, United Arab Emirates, United Kingdom, South Africa amongst others.