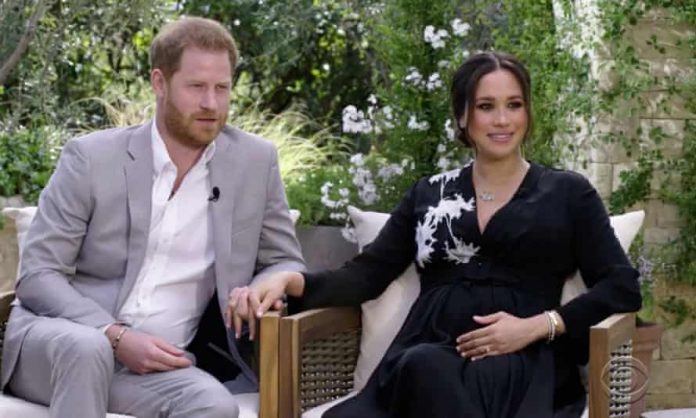 The Duchess of Sussex has said she found life within the British Royal Family so difficult that at times she “didn’t want to be alive any more”. In a deeply personal TV interview, Meghan told Oprah Winfrey that she did not get help when she asked for it.

She said a low point was when Harry was asked by an unnamed family member “how dark” their son Archie’s skin might be. Prince Harry also revealed that his father, Prince Charles, stopped taking his calls when he wanted to step back. The highly-anticipated interview with Oprah, which the couple were not paid for, aired overnight in the US.

During the two-hour CBS special, to be screened in the UK on ITV at 21:00 BST on Monday night and on ITV Hub, Courtesy of Harpo Productions/CBS, the couple covered a range of topics, including racism, mental health, their relationship with the media and Royal Family dynamics.

They also announced their baby, which is due in the summer, is a girl and revealed they actually married three days before their public wedding in May 2018, in a simple ceremony conducted by the Archbishop of Canterbury.