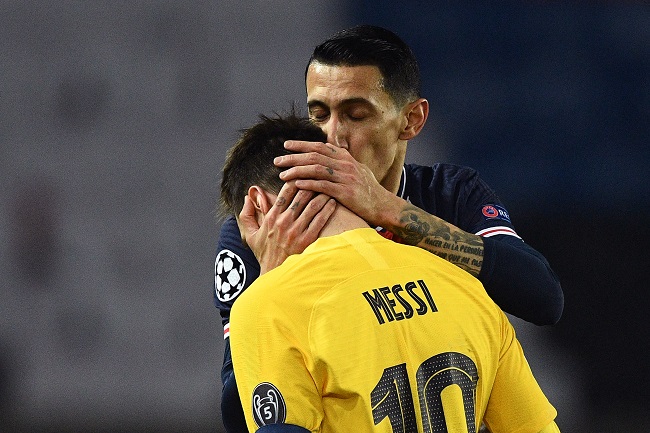 Paris Saint-Germain reached the Champions League quarter-finals on Wednesday after a 1-1 draw with Barcelona gave them a 5-2 aggregate last-16 win, with Lionel Messi scoring but then missing a penalty for the Spanish giants.

PSG were in front after half an hour when Kylian Mbappe converted a penalty to become the youngest player to score 25 goals in the tournament.

Messi, however, levelled for 1-1 with a 25-yard drive which flew past Keylor Navas in goal.

Messi then missed a penalty on the stroke of half-time as he exited the tournament just 24 hours after fellow veteran star Cristiano Ronaldo of Juventus was also knocked out.