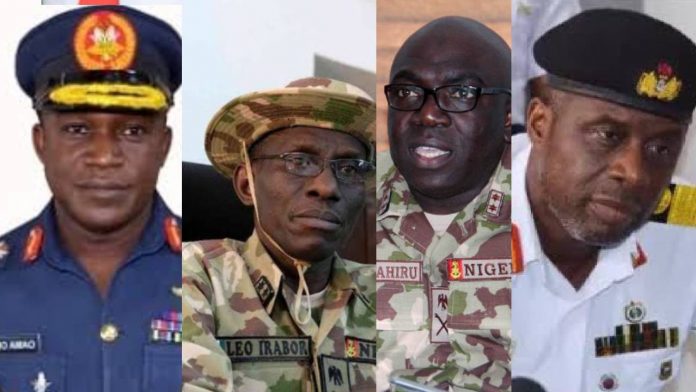 The Chief of Defense Staff General Lucky Irabor on Saturday visited the headquarters of the Theatre Command accompanied by the service chiefs. He asked soldiers to be more resilient in their duties, pushing beyond setbacks and put an end to the counter-insurgency war.

“The theatre commander and his officers have been giving us a thorough brief beyond the report that we received at the headquarters,” General Irabor said. “And we can only commend you for the resilience you have shown in this past month. The various successes that you have recorded inspire a few drawbacks that did not deter you you remain resilient and commitment.”

This comes amid reports of an ambush on Nigerian soldiers in Gudumbali, a village in Kukawa local government of Borno state.