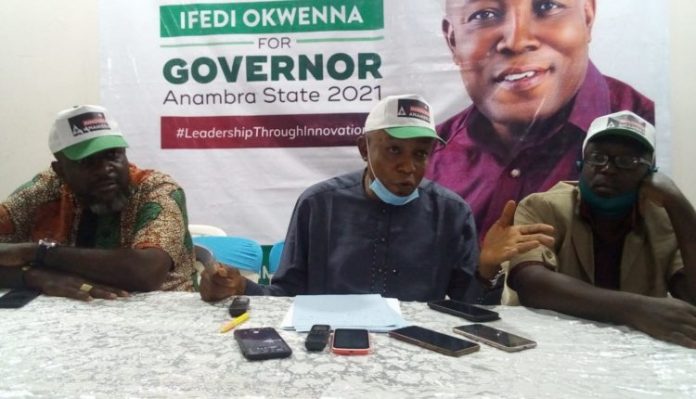 An Aspirant under the Peoples Democratic Party for the governorship election in Anambra State, Ifedi Okwenna, has asked the party to organise a credible, free and fair primary election to enable the right candidate to emerge for the November 6 gubernatorial contest.

Okwenna who made the demand after obtaining his expression of interest and nomination forms at the PDP National Secretariat, in Abuja, says he remains hopeful to win the party’s primary election if there is no imposition of candidate.

The Aspirant stated that he has 27 innovative plans, which includes building a new capital city, he also noted that as governor, he will explore alternative source of funding to execute his programmes.

After obtaining his forms, Okwenna later held a world press conference where he promised that if elected, he introduced fiscal discipline and culture of saving through investment and transform the state into a mega city. Eleven Aspirants have so far picked the PDP expression of interest and nomination forms for the party’s primaries in what is seen by many as battle of billionaires.