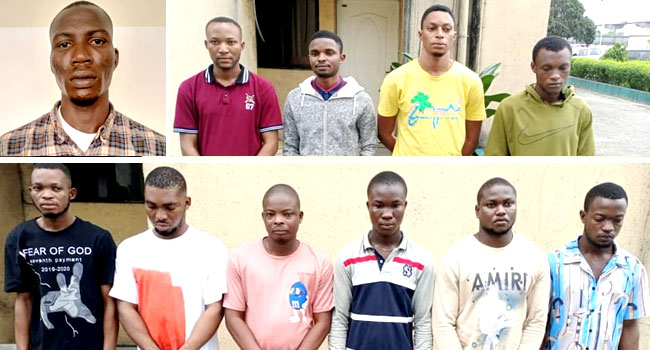 A Federal High Court in Port Harcourt, Rivers State has convicted and sentenced 11 internet fraudsters to various prison terms for fraud. The convicts were prosecuted by the Benin Zonal Office of the Economic and Financial Crimes Commission, EFCC, for offences bordering on impersonation and obtaining by false pretence, a statement from the anti-graft agency said on Monday.

In view of their pleas, the prosecution counsel, Ahmed Arogha, prayed the court to convict and sentence the defendants accordingly. But counsels to the defendants, John Okhuihievbe and O.A. Egharevba, pleaded with the court to temper justice with mercy as the defendants were first time offenders who had become remorseful.

Justice Mohammed, thereafter, convicted and sentenced all the defendants to various terms of imprisonment.