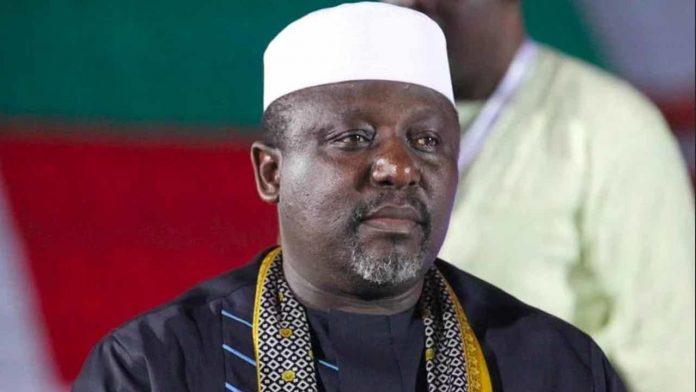 The Economic and Financial Crimes Commission has invited the former Governor of Imo State, Rochas Okorocha for questioning. Although the details of the invitation were yet unknown, Mr. Okorocha, a serving Senator, was still with the EFCC as of Tuesday evening, sources said.

Okorocha had reportedly refused to honour previous invitations from the anti-graft commission. He was arrested at about 4pm at his Unity House private office in Abuja after a five-hour standoff with EFCC operatives who trailed him to the location. In February, Mr. Okorocha was invited for questioning by the Commissioner of Police in Imo State, Nasiru Mohammed.

The police said the Senator’s invitation was prompted by his alleged involvement in gaining forceful entry into a property confiscated by the State Government. In March, the Imo State Government, through the Imo State Housing Corporation, revoked 50 plots of land allegedly belonging to Okorocha’s elder sister, Geraldine Obinali.