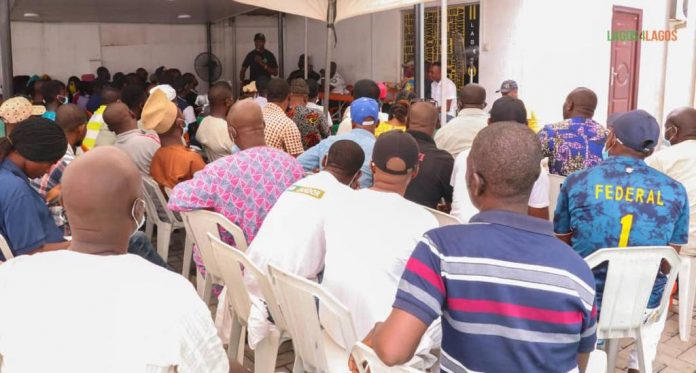 Seemingly articulating the words of American political activist, Marianne Williamson who says “the greatest force of personal liberation is the decision to widen our circle of compassion, moving from focus on self to focus on service”, the Lead Visioner of the Lagos4Lagos Movement, Dr. Abdul-Azeez Olajide Adediran, was full of praises as he addressed the movement’s youth leaders across the state on their recent impressive recruitment efforts.

Jandor, as he is popularly called, reiterated that the time to stop being manipulative accomplices and destructive tools in the hands of old politicians has come and the time to turn a new leaf is now. Jandor described the moment as special and auspicious as all the movement’s youth representatives at both LGA and Ward levels had converged at their Liberty Place Headquarters and State Secretariat in Ikeja for their periodic evaluation meeting.

The convener of the meeting, Simeon Olasunkanmi David, who doubles as the State Youth Leader, emphasised on the need for unity and sense of purpose at all times. Dr. Adediran was elated and commended the leaders for such worthwhile task of achieving such milestone of recruitments within a short while.

Insecurity: We will not be blackmailed, no dialogue with bandits –...