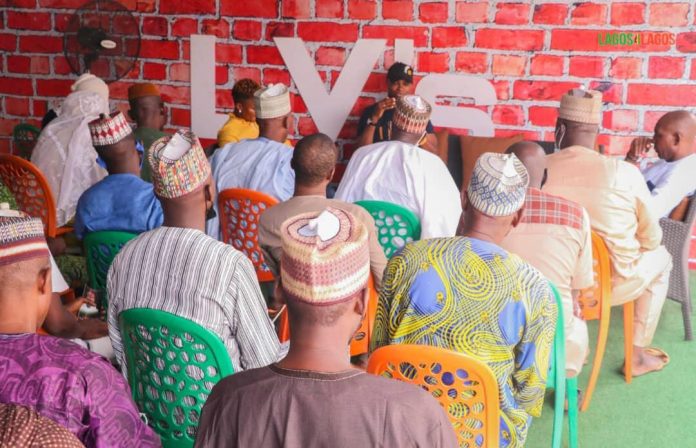 In the spirit of all-inclusiveness, which continuously endears the Lead Visioner of the Lagos4Lagos Movement, Dr. Abdul-Azeez Olajide Adediran (Jandor) to the populace, “Liberty Place” – the Headquarters and State Secretariat of the movement, was agog as Arewa Interest Group paid him a solidarity visit yesterday.

Led by Alhaji Ibrahim Gambari and Alhaji Sanni, the group who had been mobilising support across the 20 LGAs for the movement visited the ‘Liberty Place’ to brief the Lead Visioner on their activities thus far. Jandor was full of gratitude to the visiting members and appreciated them for identifying and believing in the Lagos4Lagos project.

He expressed satisfaction with their overwhelming presence which has undoubtedly put to rest the notion by traducers that Lagos4Lagos Movement is a project only for Lagos indigenes. He reiterated further that movement has resonated with every resident of Lagos, (indigene or not) by virtue of its people-centered vision and outlook, making it a moving train that cannot be stopped.

Jandor stated clearly that the core essence of the project is to ensure a Lagos that will work for everyone resident in Lagos irrespective of their status. With deep appreciation, the leaders of the Arewa delegation, expressed the need for unity and sense of purpose. They stated that sacrifice is required from all well-meaning populace for a better Lagos as they are deeply proud and excited to be part of the movement that will herald a new vista of a more prosperous Lagos State.