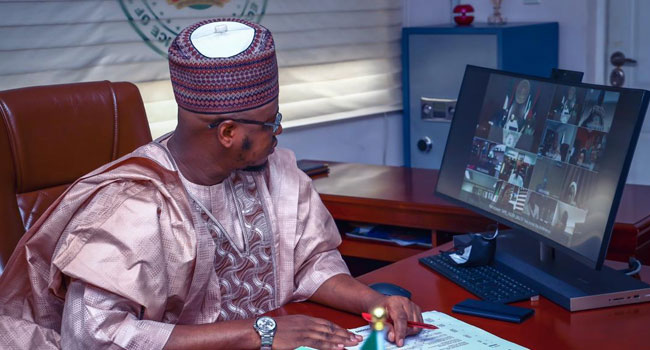 The Federal Executive Council (FEC) Meeting held on Wednesday with the Minister of Communications and Digital Economy, Isa Pantami in attendance, and the Federal Government keeping mum on overwhelming calls for his removal.

After the meeting, the Minister of Information and Culture, Lai Mohammed was questioned by state house correspondents on the council’s disposition towards increasing calls for Pantami’s removal. Lai Mohammed simply replied that the issue was not discussed at the council meeting.

Pantami has been under fire for his radical preachings and pro-terrorists comments, which he says he has since denounced.