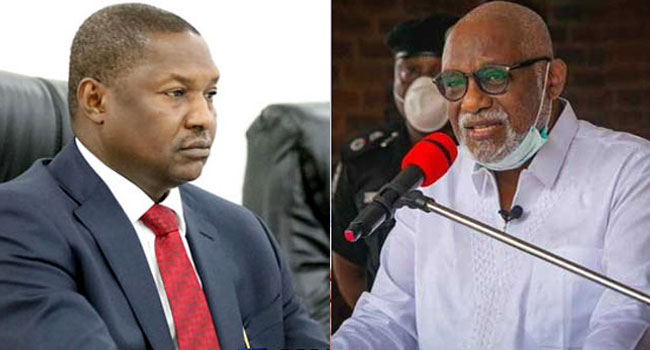 Ondo State Governor, Rotimi Akeredolu says the decision of the Southern Governors to ban open grazing is irreversible and will be enforced.

Akeredolu, who is also the Chairman of the Southern Governor’s Forum said they are ready to defend the legality of their decision in court. He is reacting to the statement by the Attorney-General of the Federation, Abubakar Malami.

Malami during an interview on Channels Television’s programme, Politics Today, faulted the ban on open-grazing and said the governors do not have the right to do so.

Ondo Governor in reaction said Malami’s comparison of open grazing to auto parts trading is not only strange but also annoyingly and ‘betrays a terrible mindset.’ He stressed that the Southern Governors are “most willing to meet him in Court.’