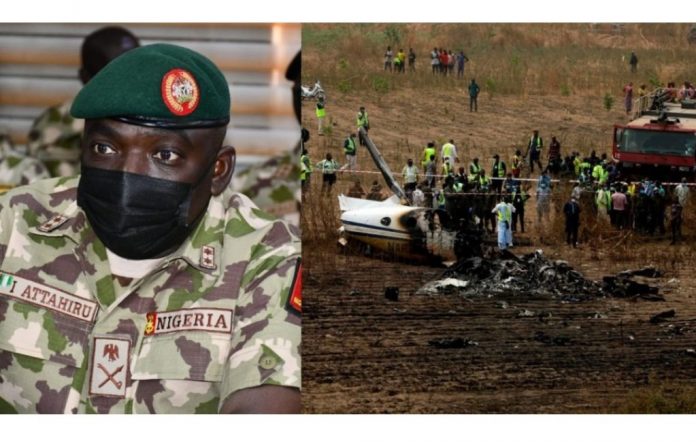 The remains of the late Chief of Army Staff, Lieutenant-General Ibrahim Attahiru, and 10 other officers who died in a plane crash were laid to rest at the National Military Cemetery, Abuja on Saturday. The crash occurred on Friday in Kaduna.

The remains were later moved to the National Military Cemetary for the interment ceremony. The burial ceremony started around 2.50 pm with a profile of the late COAS read. A moment of silence was observed after which the fallen officers were honoured with a 21-gun salute.

Dignitaries at the event include Senate President, Ahmad Lawan; the Secretary to the Government of the Federation, Boss Mustapha; the Chief of Defence Staff, General Leo Irabor; the Chief of Air Staff, Air Marshal Isiaka Oladayo Amao; Kaduna State Governor, Nasir El-Rufai, the Minister of Information and Culture, Lai Mohammed, among others.

Trump impeachment: House to vote on how inquiry should proceed

We need to begin a sincere process of national healing, says...