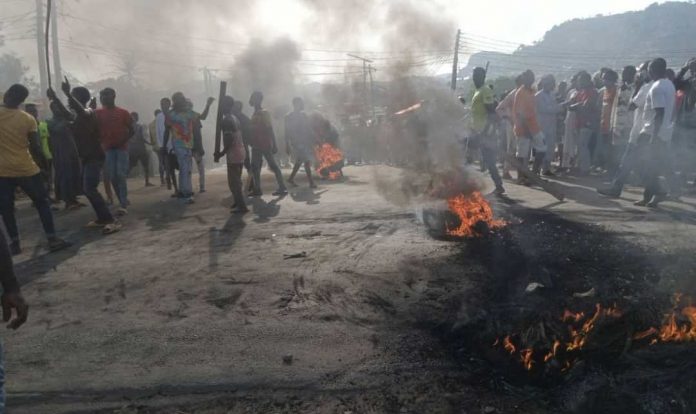 Residents of Gauraka community in Tafa Local Government Area of Niger State have blocked the Abuja-Kaduna highway to protest the incessant cases of kidnapping in the community. The protesters burnt tyres and halted vehicular movement on the highway.

They demanded that the state and Federal Government boost security in the area and end the incessant attacks. This comes after kidnappers stormed the area on Saturday and Sunday kidnapping at least fifteen persons from the community and killing three others. There have been speculations about Boko Haram terrorists infiltrating Gauraka community after Governor Abubakar Bello announced that terrorists have hoisted their flags in some communities in Niger State in April.

Gauraka community is about five kilometres away from Nigeria’s seat of power, Abuja. Residents lament that they have long lost sleep due to the activities of kidnappers who have continued to terrorise the community. They explained that more than thirty people have been abducted from January to date.

2023: FHC sets up special task force for disposal of pre-election...