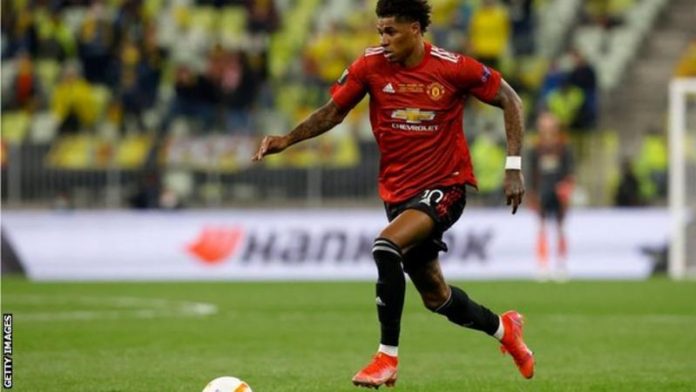 United side lost 11-10 on penalties after a 1-1 draw in Gdansk, Poland. “At least 70 racial slurs on my social accounts counted so far,” Rashford wrote on Twitter. “For those working to make me feel any worse than I already do, good luck trying.” In another tweet, Rashford said he was “more outraged” that one of the abusers who sent him a direct message appeared to be a maths teacher, adding: “He teaches children. And knows that he can freely racially abuse without consequence.”

It is understood the account has been deleted and the abuse will be reported to police by the club. A United spokesperson said: “Everyone at Manchester United is disgusted by the online hate and abuse aimed at Marcus and other players on social media. “There is simply no excuse for it and we utterly condemn it.

“Manchester United has zero tolerance of any form of racism or discrimination and we encourage people to report it through manutd.com. “We also urge social media platforms and regulatory authorities to strengthen measures to prevent this disgusting behaviour.”

WHY ELECTIONS ARE INCONCLUSIVE – INEC CHAIR