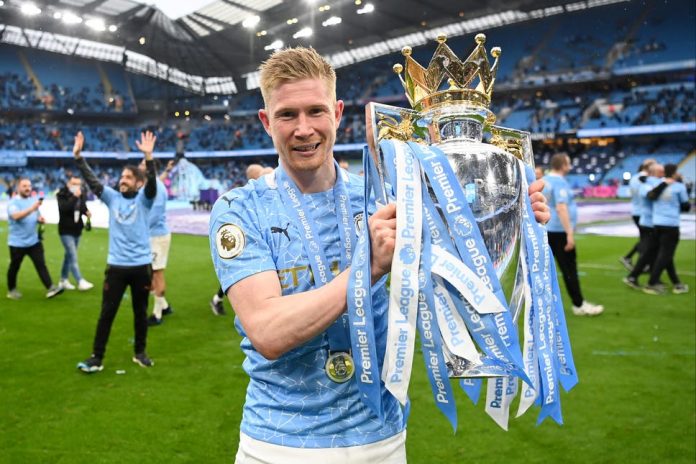 Both players were influential as City won a third Premier League title in four years and the Carabao Cup. De Bruyne, 29, is the second player to retain the men’s award, after Cristiano Ronaldo did so at Manchester United. “You want to win all the trophies as a team and this is probably the most important one as an individual,” said De Bruyne.

“To be voted by your competitors, by players who you compete with every game – to choose you, that says a lot. “When you have these things, you can show your kids and say: ‘Look, this is what daddy did when he was younger.'”

The Belgium international scored six Premier League goals and registered 12 assists in 2,001 minutes of top-flight football. He played a key role in City’s double success before fracturing his nose and left eye socket during the Champions League final defeat by Chelsea on 29 May.

We should all secure our countries, Buhari tells African Leaders