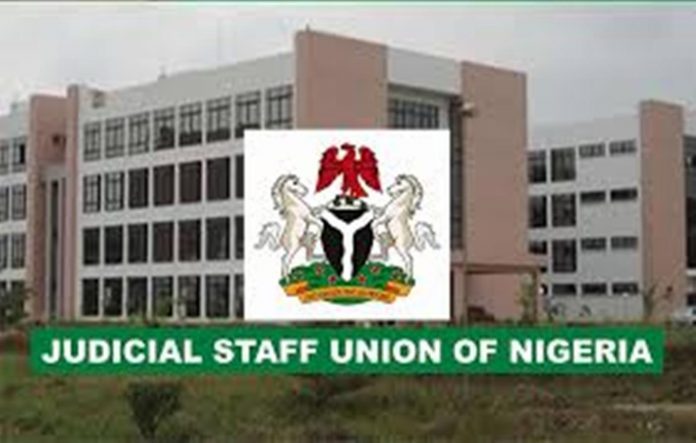 The Judiciary Staff Union of Nigeria (JUSUN) has suspended its industrial action after over two months. The union had embarked on the strike on April 6, shutting down all courts nationwide, to demand financial autonomy for the judiciary in states.

JUSUN’s suspension of the strike followed a meeting of its National Executive Council (NEC) held in Abuja on Wednesday. Earlier in the day, the National Judicial Council (NJC) and members of JUSUN met with a view to finding a lasting solution to the lingering strike. The Chief Justice of Nigeria, Tanko Muhammad, and other stakeholders during the interface, lamented that the strike had affected the Judiciary in particular and the nation at large and therefore sought a way to resolve the lingering issue.

JUSUN Deputy President, Emmanuel Abiri who briefed the Council on behalf of the executive members of the association, explained that the grouse of the union was that despite the Constitutional Provision of Sections 81 (3), 121 (3), 162 (9) and the judgement delivered since 2015 in favour of JUSUN, the Executive Order 10 of 2020 and the agreement reached between the union, the Nigeria Governors’ Forum, the governors have refused to yield financial autonomy to the State Judiciary.

Abiri that the union’s other grievances include; non-payment of peculiar allowance for judiciary staff; the attempt by the Kaduna State Governor to place the State judiciary under its civil service and scheming for a State Judicial Council.

EARNINGS FROM OIL REVENUE DOWN TO 35 PER CENT – AGF