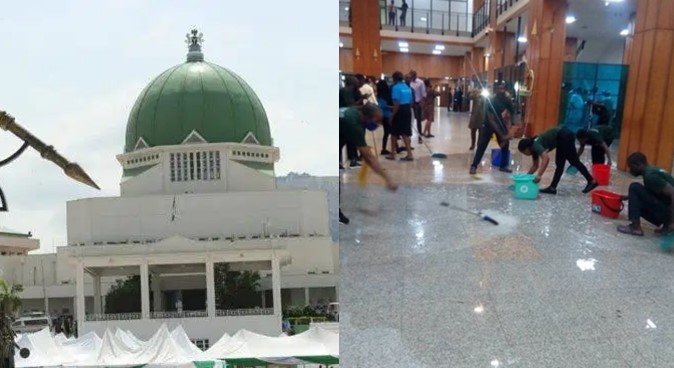 This was disclosed in a statement signed on Wednesday by Senate Spokesperson, Senator Surajudeen Ajibola Basiru following the leaking of its roof after a downpour on Tuesday.