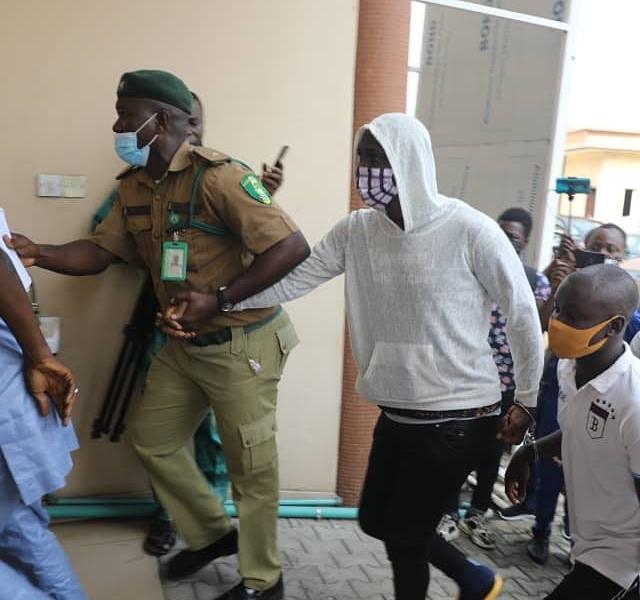 Nollywood actor, Olanrewaju Omiyinka, aka Baba Ijesha, is currently before the Lagos State Special Offences Court in Ikeja for his arraignment on allegations of sexual assault of a minor.

Baba Ijesha, who wore a white hooded jacket and a mask and was chained to another criminal suspect as he arrived in court in a Black Maria. He is facing a six-count of attempted sexual assault, sexual assault of a minor, and indecent treatment of a child.

He however pleaded not guilty to all six counts and the court is currently hearing his application for bail.