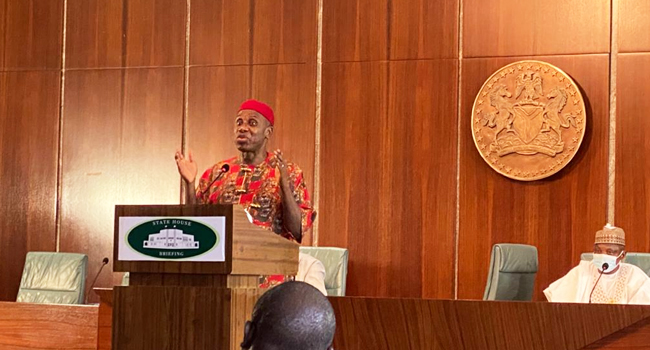 The Federal Government is set to go hard on railway vandals as it has recommended charging the culprits for manslaughter. The Minister of Transport, Rotimi Amaechi, who gave this recommendation during the weekly ministerial media briefing at the State House on Friday, argued that stricter enforcement of the law on vandalism would bring to a halt frequent theft of rail tracks and the consequent loss of lives.

Meanwhile, the transport minister further announced that Nigeria and China have signed a contract to locally manufacture train coaches in five years. He said an agreement has also been signed for the Chinese to build a factory that would be commissioned by December 2021 as well as a university in Daura, Katsina state to help localize railway technology.

According to the minister, 300 Nigerians have currently been sponsored to understudy rail technology in China. He further disclosed that the Kaduna – Kano railway is billed to be flagged off in two weeks while vowing that the Lekki Deep Seaport will be completed before the end of the current administration.

We have made impact on security, economy and corruption – Buhari