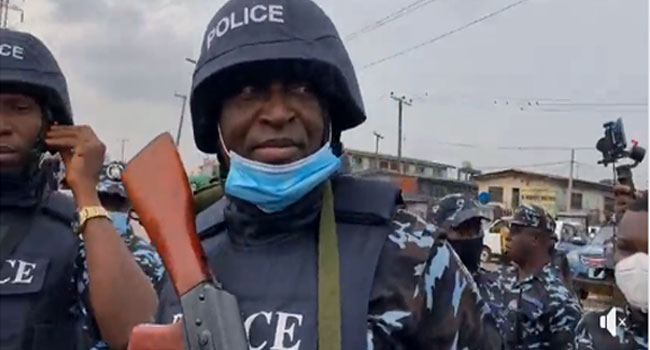 Lagos State Commissioner of Police Hakeem Odumosu said the presence of security operatives at the Gani Fawehinmi Park in Ojota, Lagos, is to ensure the protest is not hijacked by hoodlums. Agitators of the Yoruba nation had earlier announced plans to use the venue for their protest.

The Commissioner of Police while addressing journalists at the venue of the planned rally on Saturday said the heavy presence of security operatives is to maintain law and order.

“We are here because we don’t want the rally to be hijacked by hoodlums, we not chasing anybody away. “We are just being security conscious and proactive. “We learnt that some miscreants have perfected plans to seize the opportunity to cause mayhem in the society,” he said.

STATE OF THE NATION: FG ASSURES NIGERIANS OF A BETTER FUTURE