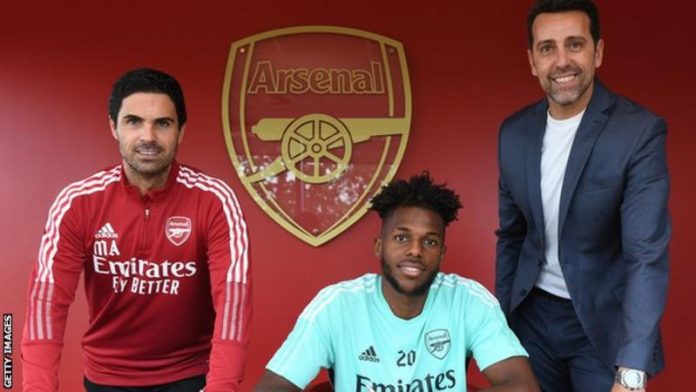 Arsenal have signed Benfica left-back Nuno Tavares in a deal worth about £8m. The 21-year-old, who played against Arsenal in the Europa League last season, is the Gunners’ first signing of the summer.

He made 25 first-team appearances for the Lisbon club and also been capped for Portugal Under-21s. “He is a young player with great promise who has developed very well,” Arsenal manager Mikel Arteta said.

“Nuno’s arrival will give the squad extra strength and options in defence, particularly with this energy on the left side of the pitch.