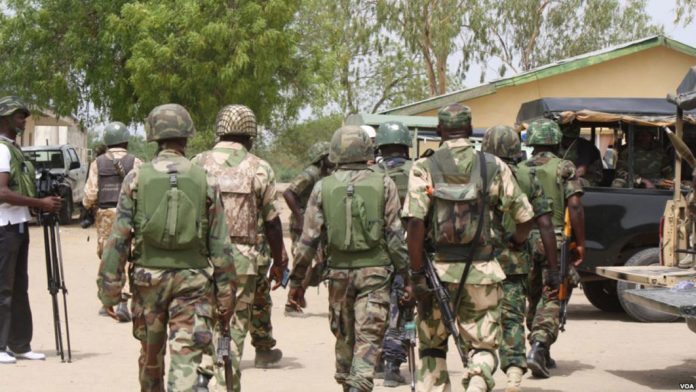 Two soldiers were killed during a firefight between troops of the Nigerian Army and Eastern Security Network (ESN) members at Adani community of Uzo-Uwani Local Government Area of Enugu State.

This was contained in a statement signed on Wednesday by Director Army Public Relations, Brigadier General Onyema Nwachukwu. The incident occurred when the troops were trying to repel an attack by the ESN on troops’ location at Iggah/Asaba checkpoint.

“Sadly, during the firefight that ensued, two soldiers paid the supreme price. Troops are currently on the trail of the criminals,” Nwachukwu said in the statement.