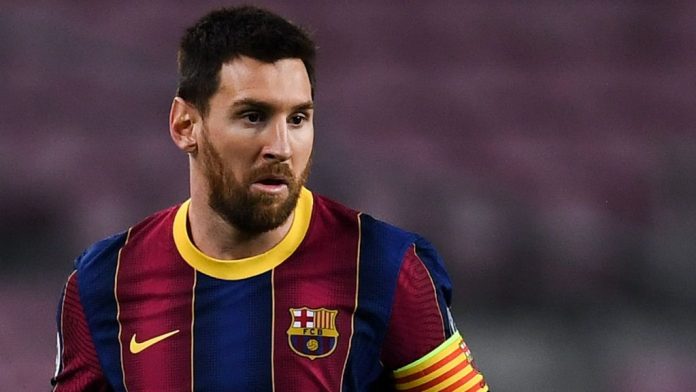 Lionel Messi has agreed to stay at Barcelona on a deal until 2026 that includes reducing his wages to half of his previous salary. The announcement is dependent on player departures that will allow Barca to fund the Argentina captain’s wages.

Messi, 34, was a free agent after his contract – that reportedly paid him £123m a season – expired on 30 June. He is on holiday after winning the Copa America and the finer details of the contract are yet to be finalised. There will be a break clause in the contract, allowing Messi to leave the club after two years.

The announcement could yet be a fortnight away for a combination of reasons, including La Liga insisting the club offload some wages before new players are registered and the player himself being on holiday. Re-signing Messi was the principal summer target of new chairman Joan Laporta.

Barca are also looking at a swap deal involving forward Antoine Griezmann and Atletico Madrid midfielder Saul Niguez, with the idea of reducing the wage bill. After the Copa America, Messi feels very strong and has started imagining staying at the club even longer than previously thought – hence him accepting a five-year deal.