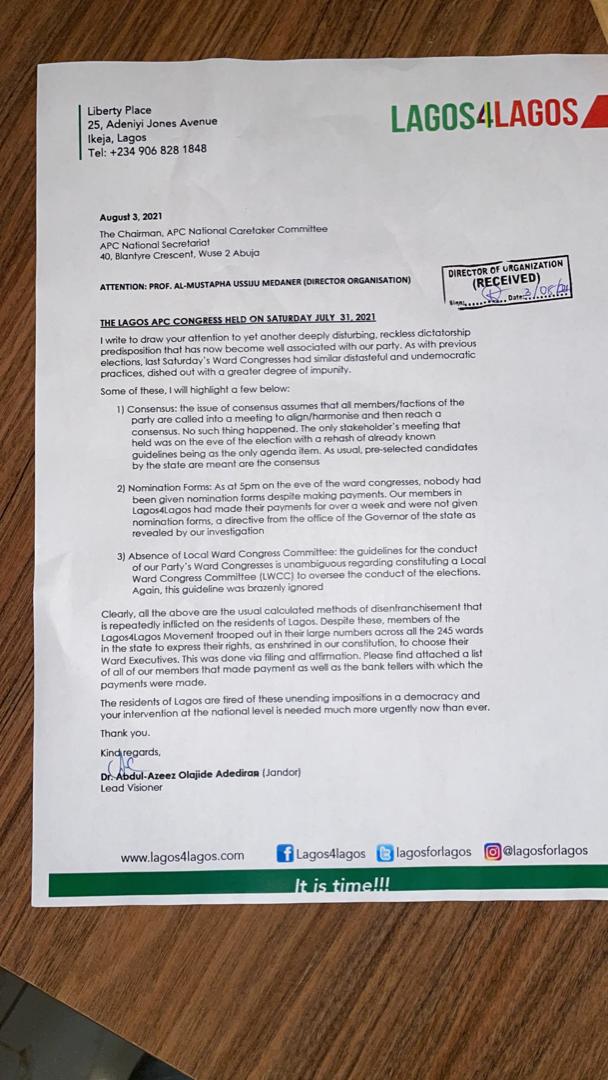 The national secretariat of the All Progressives Congress, APC, on Tuesday received the list of ward executives of Lagos4Lagos Movement who emerged during its congress last Saturday. The submission of the list climaxed a week of intrigues and politicking in the state chapter of the ruling party.

On the eve of the congress, factional chairman, Fouad Oki, went to Abuja to purchase nomination forms for members of his faction. However, the ward congress went ahead and it was mostly decided on consensus arrangement.

The Lead Visioner of Lagos4Lagos movement, Abdul-Azeez Olajide Adediran popularly known as Jandor at a world press conference hinted that the group will not allow the Governors Advisory Council, GAC, which is not known to the constitution of the party dictate the pace and mode of primary in the state.

Meanwhile, the Mai Mala Buni led National Caretaker and extra ordinary convention committee has promised to redress all the injustice in each of its state chapter. With the submission of ward exco lists to the national secretariat, a new twist has been thrown into the running of the ruling party in the state.