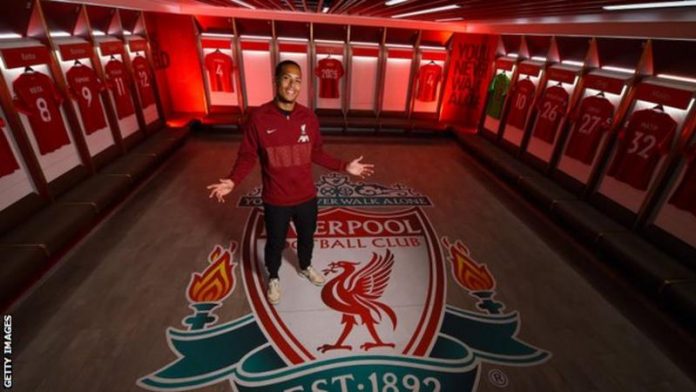 Liverpool defender Virgil van Dijk has extended his contract with the club until the summer of 2025. The 30-year-old, who was under contract until 2023, follows Trent Alexander-Arnold, Fabinho and Alisson in signing new deals with the club this summer.

He played just five league games last season, as he suffered an anterior cruciate ligament injury in October. Van Dijk, who resumed playing in pre-season, said he was “delighted, very happy and proud” to sign a new deal.

“All the hard work we’ve put in so far continues and I am looking forward to what the future brings together with Liverpool,” added the Netherlands centre-back, who has made 130 appearances for Liverpool.

“Where I am today, how I feel today, as a very senior, important player for the team and for the club. That’s just a fantastic feeling and why I definitely feel at home here.”

CJN swears in Dongban-Mensem as Court of Appeal President

We fired at illegal bunkers, not cargo boat – DHQ