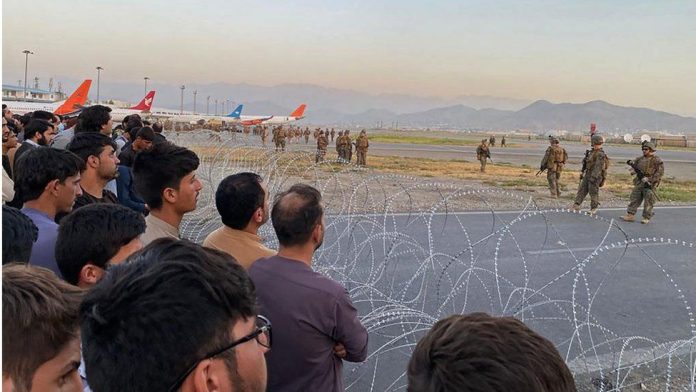 There have been scenes of panic at Kabul airport as desperate residents try to flee following the seizure of the Afghan capital by the Taliban. Witnesses say at least three civilians died on Monday in the chaos at the airport, which is being secured by US troops. It is not clear whether they were shot or died in a stampede.

With scheduled flights suspended, many foreigners and Afghans are stranded. The US and other countries are rushing to evacuate staff and allies. On Sunday the Taliban declared victory after Afghan President Ashraf Ghani fled abroad and his government collapsed.

The militants’ return to rule brings an end to almost 20 years of a US-led coalition’s presence in the country. Kabul was the last major city in Afghanistan to fall to a Taliban offensive that began months ago but accelerated in recent days as they gained control of territories, shocking many observers.

The Islamist group was able to seize control after most foreign troops pulled out.