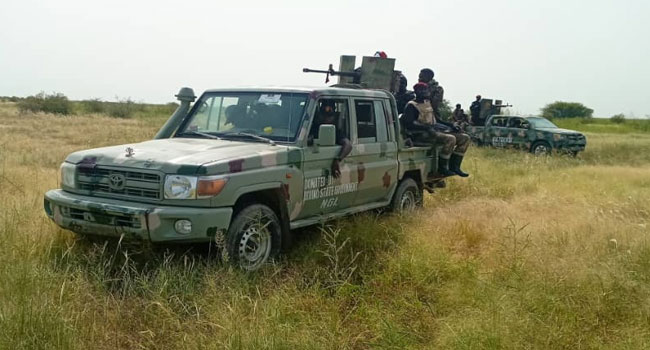 Spokesperson of the Nigerian Army, Brigadier General Onyema Nwachukwu in a statement on Thursday said the terrorists were neutralised along Damboa-Bulabulin-Maiduguri road on Wednesday, August 31. “The terrorists who were on espionage along Damboa-Bulabulin- Maiduguri road ran into a fighting patrol team at Kukawa and were neutralised in the firefight that ensued with the troops,” the statement read in part.

Nwachukwu added that the troops recovered four AK 47 rifles and four Magazines, each loaded with 30 rounds of 7.62mm (Special) ammunition from the troops.

In another operation, troops of 195 Battalion, Sector 1 OPHK in conjunction with elements of Civilian Joint Task Force (CJTF) at Dusman-Muna Garage, Borno State eliminated two ISWAP terrorists in an ambush operation conducted along with an identified ISWAP terrorists’ crossing point at Musari village.

WHO warns of COVID-19 ‘tsunami’ as Omicron fuels record surges