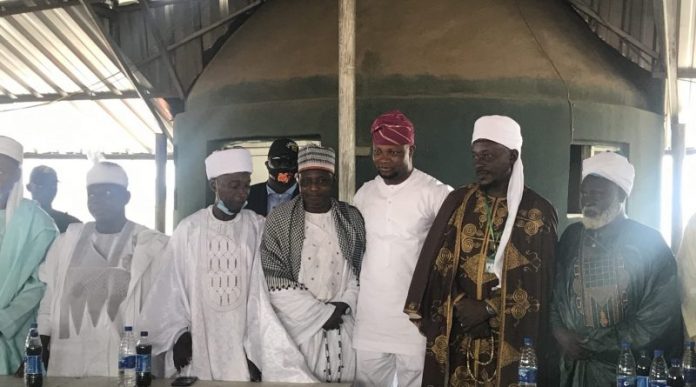 The League of Imam and Muslims Scholars, “Alfa” In Kosofe, Ikosi-Ketu and Agboyi councils have expressed support for the Lead Visioner of Lagos4Lagos Movement, Dr Abdul-Azeez Olajide Adediran, popularly called “Jandor” as Lagos State governor in 2023.

Meanwhile, it was gathered that the traditional rulers and Baales in Alimosho Local Government Area have come under attack for publicly expressing support for Jandor’s governorship ambition as the Lagos State Government, under the leadership of Governor Babajide Sanwo-Olu, summoned the monarchs to a meeting on Wednesday.

According to a source close to the traditional rulers, the governor was not comfortable with the stance of the monarchs and demanded reasons for the action. The source, who preferred to be anonymous, added that the report had embarrassed the incumbent Governor and his deputy in the state politics.

“The Obas did not mince words when they endorsed their son for governor and they have no apology for that. After all, the Oba of Lagos, Rilwan Akiolu 1, endorsed governor Akinwumi Ambode in 2014 ahead of the 2015 elections and Heaven did not fall, so what’s the fuss about the Alimosho traditional rulers endorsing their own son, Jandor.

NBA wades into case of Kano musician sentenced to death for...