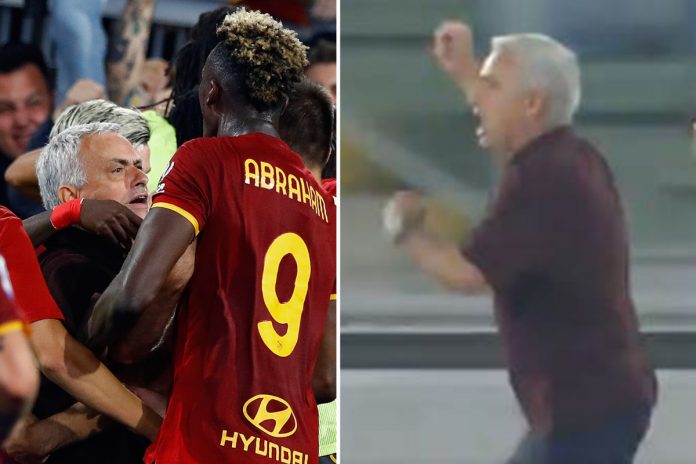 Jose Mourinho marked his 1,000th game as a manager with a classic Jose Mourinho celebration. He rolled back the years, sprinting down the touchline to celebrate Stephan El Shaarawy’s injury-time winner for Roma with his players.

Those scenes were reminiscent of the iconic moment when he charged down the Old Trafford touchline as manager of Porto in 2004, after knocking Manchester United out of the Champions League. That was the year he led the Portuguese side to win the trophy before taking over at Chelsea as the self-proclaimed ‘special one’.

“I wasn’t 58 years old, but 10 or 12 or 14, when you start dreaming about a career in football. Running like I did, I was running like a child,” said Mourinho after the 2-1 win over Sassuolo. “And I apologised to [Sassuolo coach Alessio] Dionisi for that.”

The Portuguese, who joined Roma in May after being sacked by Spurs, explained the goal was so significant because he was “scared” of losing the landmark game. “During the week I was lying to people, telling everyone this wasn’t a special game – perhaps I was trying to convince myself as well,” he added.

PDP is not your personal property, Edo cannot be procured –...