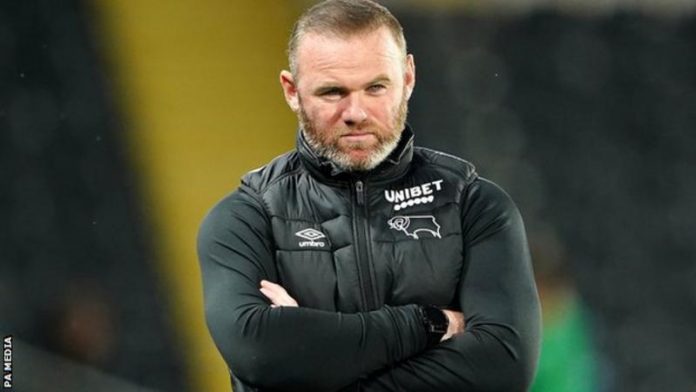 Derby County boss Wayne Rooney has reiterated he will not walk away despite the Championship club being placed in administration.

Business adviser firm Quantuma took over the club on Wednesday, triggering an automatic 12-point deduction. Asked whether he would have taken the job if he had known about the financial problems, Rooney said: “I doubt it.” But he added: “I will fight for the club. I wouldn’t leave the staff in the lurch. They need someone to lead them.”

The 35-year-old former Everton, Manchester United and England forward was put in charge following the departure of Phillip Cocu in November 2020 and confirmed as permanent manager two months later.

The Rams secured their Championship status on the final day of last season, and have won two and drawn four of their eight league games so far in 2021-22 despite being subject to a transfer embargo which meant Rooney was only able to recruit free agents.

43 arrested over illegal activities in Lagos