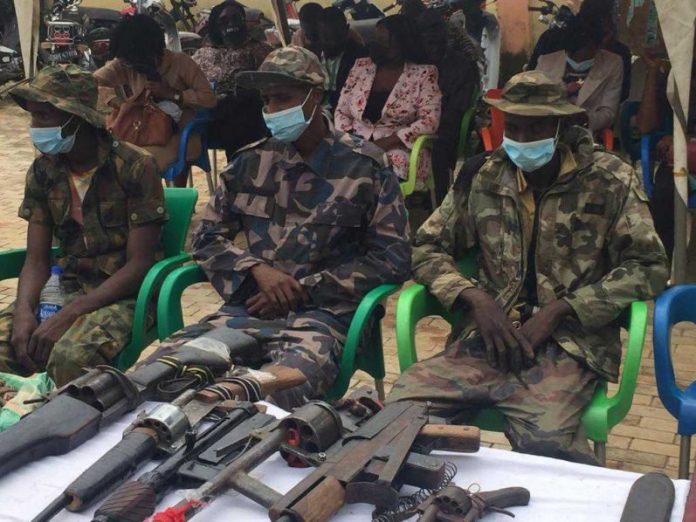 The police have arrested three persons for their alleged involvement in the abduction of the 121 students of the Bethel Baptist Secondary School in Kaduna State. Those apprehended by the security operatives are Adamu Bello, Isiaku Lawal, and Muazu Abubakar.

The Force Public Relations Officer, Frank Mba, paraded the trio on Thursday at the office of the Special Tactical Squad (STS) in Abuja, the nation’s capital. Clad in military uniform, Adamu, Lawal, and Abubakar were among the 50 suspects paraded for kidnapping, drugs use and distribution, and arms dealing, among other offences.

Mba, in his remarks, explained that the suspects paraded were part of the successes recorded from the STS of the Nigeria Police. According to him, investigations are ongoing to bring more collaborators of the crimes mentioned at the parade to justice. In their confession, they narrated the role they played in the kidnap of dozens of students from their school in Chikun Local Government Area of the state.

The suspects said they were part of a 25-man gang that carried out the attack on the school in July, claiming that they received the sum of N100,000 naira each for their roles. They added that the sole aim of the kidnap was to collect ransom. The trio were paraded more than three months after the gunmen forcefully took away the schoolchildren from their hostels on July 5.

US election: Joe Biden pushes forward with plans for office

Another EndSARS protest looms if unemployment is not tackled, Lawan warns...