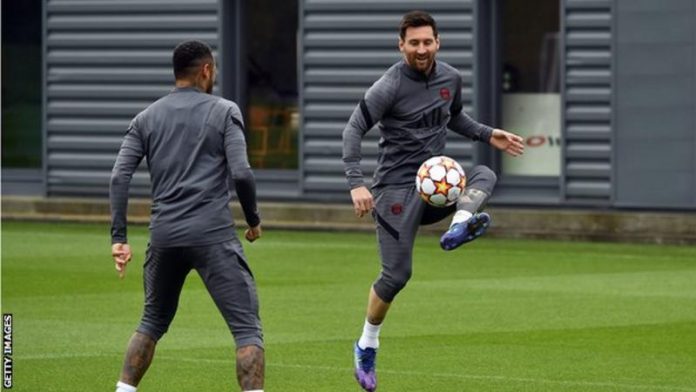 Lionel Messi has been named in Paris St-Germain’s squad to face Manchester City in the Champions League on Tuesday after recovering from a knee injury.

The Argentine, who played under City boss Pep Guardiola at Barcelona, is yet to score having featured in three games for his new club before missing two further matches through injury. “He is in a very good way,” said PSG boss Mauricio Pochettino on Monday.

Messi could start with Kylian Mbappe and Neymar, who are also in the squad. Messi, 34, has scored more Champions League goals against Guardiola than any other player – six goals in four meetings, including four goals in two games for Barcelona against City.

“I think this kind of player speaks for itself, we’re fortunate to see him for 16 years as a pro,” said Guardiola. “What he’s done is more than exceptional and hopefully he can play for the benefit of the game.”