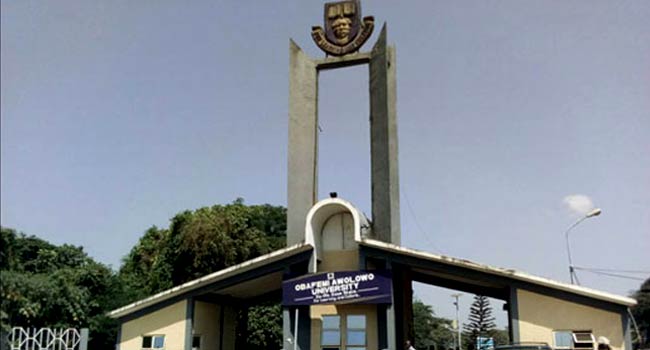 The management of the Obafemi Awolowo University (OAU), Ile-Ife in Osun State, has closed down the school “until further notice” following protests that rocked the varsity in the aftermath of a student’s death. In a statement on Friday evening, the Public Relations Officer (PRO), Abiodun Olarewaju, said the move was aimed at preventing the breakdown of order as the students, who were protesting over the death of a Year 4 student, Adesina Omowumi Aishat, blocked the Ife/Ibadan and Ife/Ede roads.

“Therefore, having exhausted all necessary avenues to call the students to order and allow normalcy to return to the campus and its environs, the authorities of Obafemi Awolowo University, Ile Ife, have accordingly closed down the school until further notice. This is to forestall further breakdown of law and order. “In view of this, all students are hereby directed to vacate their halls of residence and the Campus latest by 12:00 noon on Saturday, 2nd October 2021.” The swearing-in ceremony of newly-elected Students’ Union members has also been suspended, the statement added.

“In the meantime, the University management has put in place the machinery to unravel the circumstances surrounding the immediate and remote cause(s) of the crisis,” it said. Narrating how the late 24-year-old Aishat died, Olarewaju explained that the student of the Department of Foreign Languages, “reported to the Health Centre with signs and symptoms of a severe infection.

Flagrant disobedience of court orders, ‘a direct invitation to anarchy’ –...