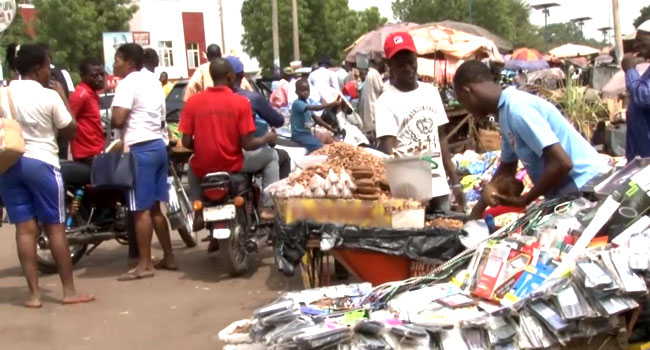 Participants at a zoom meeting organised by the Nigeria Diaspora Network (NDN), United Kingdom (UK) Chapter, have warned against the increasing rate of youth unemployment in the country. Speaking at the meeting monitored by newsmen Thursday night in Abuja, Mr Ahmadu Bello, a political analyst, said the increasing rate of unemployment in the country is becoming alarming.

He said if the trend is not checked, the army of unemployed youth have the tendency of undermining the country’s democracy. “The National Bureau of Statistics recently revealed that over 50% of Nigerian youths do not have jobs. “That goes a long way to tell us that we are sitting on a time bomb that could explode anytime if holistic measures are not taken. “The problem has brought us to the era of banditry, cybercrime, child trafficking, prostitution, political thuggery, drug abuse, and the likes, among the youths.  “The army of unemployed youths have the tendency of undermining our democracy so all hands must be on deck to make sure we bring down the youth unemployment rate as low as possible,” he said.

Bello noted that unemployment has had a negative effect on the social, economic and political values of the Nigerian citizens as thousands of graduates are being turned out every year from various universities without commensurate jobs to work with. “From our own statistics, I will say a 100 graduates to ration one of where they could work. You can see that, that is a problem. Out of 100 students graduating, only one of them can say he or she will secure a job in Nigeria. This is very disturbing,” he added. He listed some of the causes of youth unemployment to include high population growth, corruption, wrong school curriculum, inconsistency youth programmes, electricity problem, among others.

Also speaking, Mr Abayomi Emmanuel Adebayo, Founder and the Director of Drift Advancement Centre /Ecology Academy in Ibadan Oyo State, expressed concern about the rate of youth unemployment in the country. It is no doubt, increasing rate of unemployment among youths in Nigeria has increased the wave of social vices,” he said. Adebayo, however, urged the private investors to collaborate with education providers to help the youths develop the skills that are needed in making them to be self-reliant.

He also called on them to support the government initiatives on reducing the rate of unemployment among the youths.

“I will urge the NGOs to foster entrepreneurship by supporting start-ups and smaller enterprises and private investors should connect talent to markets by closing the gap between jobseekers and employers,” he said.