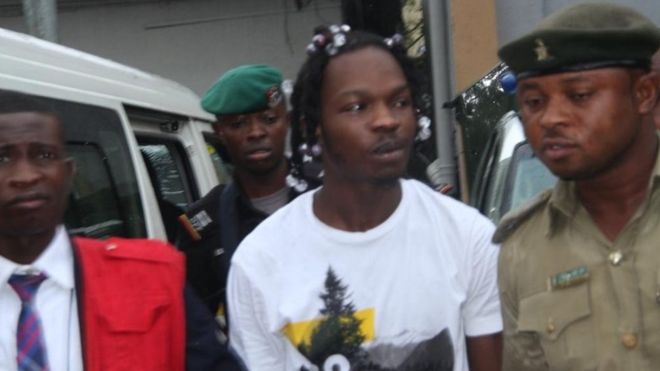 The trial of music artiste, Azeez Fashola, popularly known as Naira Marley, on 11 charges bordering on conspiracy, possession of counterfeit cards and fraud, resumed on Tuesday at the Federal High Court, Lagos.

The court listened to the testimony of a second prosecution witness, Anosike Augustine, a mobile forensic expert with the Economic and Financial Crimes Commission (EFCC). Led in evidence by the prosecutor, Rotimi Oyedepo, the witness continued his testimony which he had begun in 2020 just before the COVID-19 lockdown.

Anosike narrated how about 2,410 short messages were analysed from the iPhone of the defendant. He also said that different credit card numbers were extracted from the defendant’s iPhone. According to him, the Apple iPhone is a sophisticated device capable of storing a large volume of information, adding that it is the sim card that basically identifies users of applications such as WhatsApp.

While analysing Naira Marley’s iPhone, the witness said 977 Short Message Service (SMS) and 1,433 chat messages, were discovered adding that there were also seven pending status update messages. The witness specifically took his time to read out a plethora of credit card numbers and messages sent from the phone on different dates and times, as well as OTP codes sent.

He listed some of the recipients of the messages to include one Yadd and another Raze.