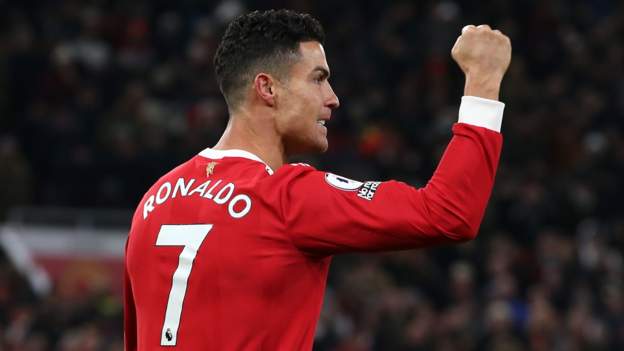 Cristiano Ronaldo became the first player in history to score 800 top-level career goals when he struck twice for Manchester United in a 3-2 win over Arsenal on Thursday. It was a typical Ronaldo response to recent suggestions that his style of play might not suit the pressing approach favoured by incoming interim manager Ralf Rangnick, who was at Old Trafford for the first time since his appointment to watch the Portuguese reach the remarkable landmark.

And the German cannot fail to have been impressed by the 36-year-old. Ronaldo’s double took him to 130 goals across two spells for United, adding to five for Sporting Lisbon, 450 for Real Madrid, 101 for Juventus and 115 for Portugal. He is the all-time top scorer in men’s international football, in the Champions League and for Real Madrid.

The Premier League’s all-time top scorer Alan Shearer said on Amazon Prime Video: “You just have to sit there and say ‘wow’ and applaud the guy. “It is his determination. It is very difficult to get to the top but it is staying there too. You have to get up in the morning and go again and the whole world is looking for you to perform every week. It is just phenomenal what he has done.”

Ronaldo’s United and Portugal team-mate Bruno Fernandes added: “Incredible. We all know he is improving game by game, year by year. He wants to keep being the best and that’s what he did. He knows how to self-motivate.”