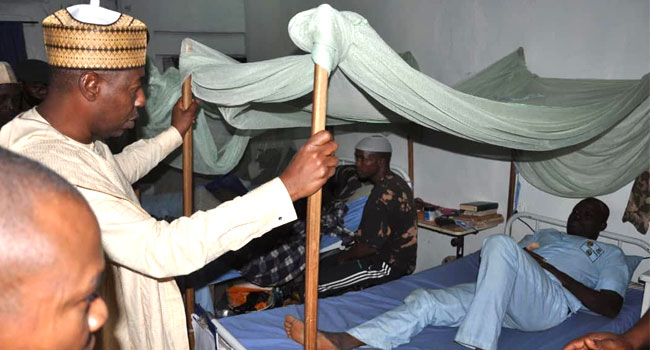 Five soldiers were killed while many others were injured last week when operatives of Operation Hadin Kai (OPHK) engaged Boko Haram (BH) and Islamic State of West Africa Province (ISWAP) terrorists at Rann, a border town between Nigeria and Cameroon, in Kala Balge, Local Government Area of Borno State.

Governor Zulum during his visit to the injured soldiers who are receiving treatment in Army Hospital, Maimalari Barracks was received by the General Officer Commanding 7 Division of the Army, Brigadier General Abdulwahab Eyitayo. The governor directed the release of N5million which was immediately shared to all soldiers on admission, including those unconnected with the Kala-Balge battle.

Accompanied by the state assembly member, representing Kala Balge, and commissioners for Justice and Local Government and Emirate Affairs, the governor commended the soldiers for their gallantry and patriotism.

#EndSARS: Reschedules some papers of the 2020 on-going SSCE

What we have today is not a responsive government – Wike