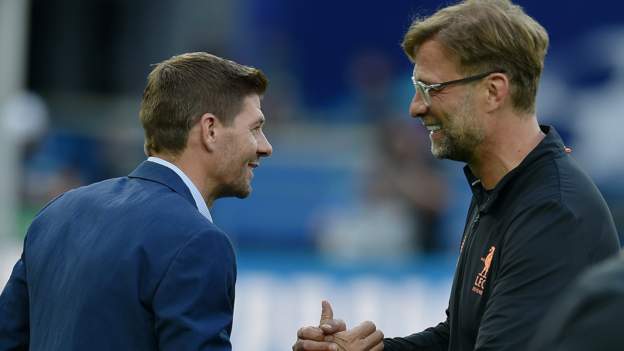 Aston Villa boss Steven Gerrard says he is willing to sacrifice his popularity at Liverpool to earn a win against his former club on Saturday. Gerrard played 710 games and scored 186 goals in a 17-year career at Anfield.

He took over at Villa in November and will be aiming for a fourth win in five games when the two sides meet. “If I’m on the bus heading back down the M6 towards Birmingham and I’m not the most popular at Anfield, so be it,” said Gerrard. The former Liverpool captain helped the Reds to a memorable Champions League triumph in 2005 and he also won two FA Cups, three League Cups and the Uefa Cup with the Merseyside club.

After retiring as a player, the former England skipper coached Liverpool’s youth academy and then managed their Under-18 team during the 2017-18 season before taking charge at Scottish club Rangers. He replaced Dean Smith at Villa last month and, after nine points from 12, has lifted the Midlands side from 16th to 10th in the Premier League.

“The noise is for other people to get excited about, for me it’s about preparing the team in the best way I can to try and get a positive result for Aston Villa,” Gerrard said about his return to Anfield.