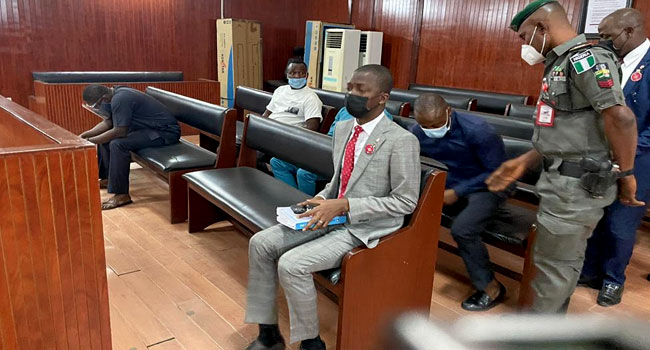 The EFCC Boss on Monday arrived at the court premises to continue his testimony before Justice Christopher Balogun of the Lagos High Court sitting in Ikeja. Bawa is the star prosecution witness in the case.

Earlier in September, the EFCC boss gave extensive details of how the EFCC conducted its investigations and uncovered the fraud. Through the witness, the court also admitted in evidence several documents as proof of the alleged fraud.

Led in evidence by the Counsel to the Commission, Mr Seidu Atteh, the EFFC Chairman also told the court how the commission in 2012 received a complaint from the then Minister of Petroleum Resources, Mrs. Diezani Alison-Madueke, alleging fraud in the importation of PMS by the firm Nadabo Energy Limited.

Be fair in your assessment, Buhari tells Nigerians

I am avoiding debates over Lekki tollgate incident until all facts...