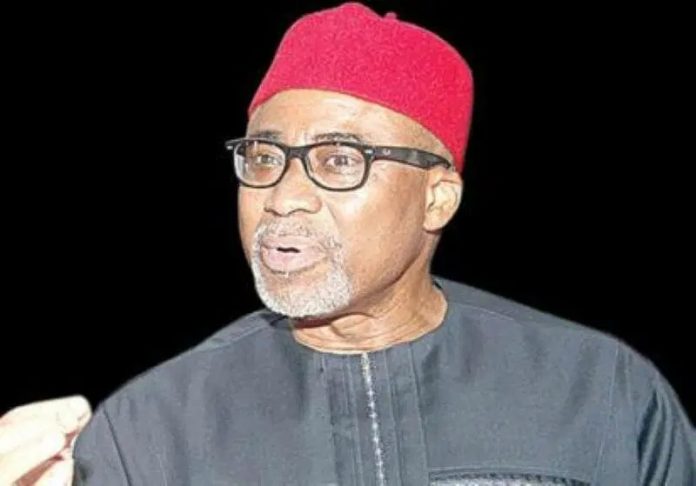 Senate Minority Leader, Enyinnaya Abaribe has indicated his interest to contest for the Abia governorship seat at the 2023 general elections.

The lawmaker disclosed this on Monday after the conferment of the chieftaincy title of “Maduforo nde Ngwa “on him by the traditional rulers of Ahiaba La Abayi in Obingwa and Aba North Local Government Areas of the state. He said the honour would spur him to do more for not just his constituency but the state and Nigeria at large.

“In respecting authority, I believe that my future political ambition should be made know to the number one citizen of the state before anyone else. I have paid him that respect. “I have let him know and by an extension (because he is governor of the state, if I tell him anything, I am also telling the rest of the people of the state). So, what I am telling the people of Abia is to look forward to seeing Mmagha Ndigbo in charge in Abia State.

“That thing that made them recognize me, they are going to get even more of that,” he said.

‘A Serial Betrayer’: Wike fires back at Obaseki, apologises to Oshiomhole