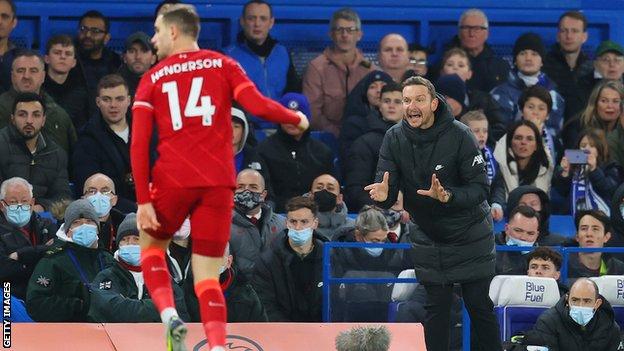 Liverpool’s Carabao Cup semi-final first leg at Arsenal on Thursday has been postponed because of a “severe outbreak of Covid” at the Anfield club. The Reds temporarily closed their first-team training centre on Wednesday after assistant manager Pep Lijnders became the latest to have to isolate.

The first leg will now be at Anfield on 13 January and the second at Emirates Stadium on 20 January, both at 19:45. Liverpool had requested the postponement on Tuesday. The EFL said in a statement it had been in “regular dialogue” with the club since then “in an attempt to understand whether the tie could proceed”. The statement continued: “Significant developments over this period have resulted in the club reporting an ever-increasing number of Covid cases.

“Having now fully reviewed the circumstances involved, the League has accepted Liverpool’s request after determining, albeit reluctantly, that a postponement was the only option as the club looks to mitigate against the further risk of infection amongst its squad and staff alongside ensuring public health was protected by not travelling from Liverpool to London.”

Earlier on Wednesday, the Liverpool said their training facilities would be closed for at least 48 hours because of a “rapidly growing number” of coronavirus cases.

US Embassy to prioritise visa appointments for Nigerian Students