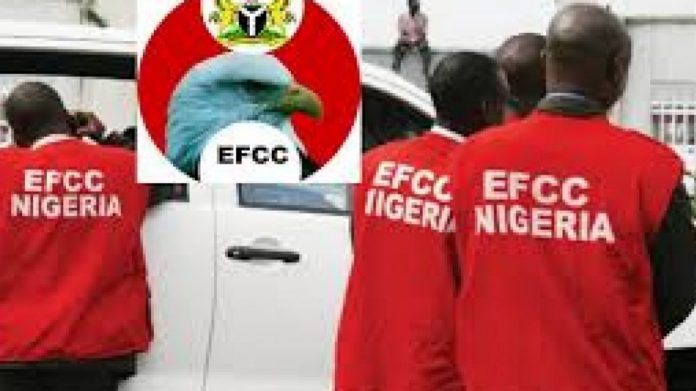 The Economic and Financial Crimes Commission (EFCC) said on Thursday that it secured a total of 2220 (two thousand two hundred and twenty) convictions across all its commands in 2021.

In a statement, the agency explained that the figure which emerged from a review of the commission’s performance in the outgone year shows that the Lagos Command of the agency recorded the most convictions-481, closely followed by the Ibadan Command with 324 convictions, while the Port Harcourt Zonal Command had 230 convictions.

According to the statement, the conviction secured by the Commission in 2021 is the highest by the EFCC since inception. Before 2021, the highest record of conviction by the commission was secured in 2019 with 1280 convictions. The 2220 record of 2021 is a 127.5 % improvement over the 2019 record.

Interestingly too, the 2220 record represents a 98.49% success rate in prosecution as the commission said it lost only 34 cases during this period.