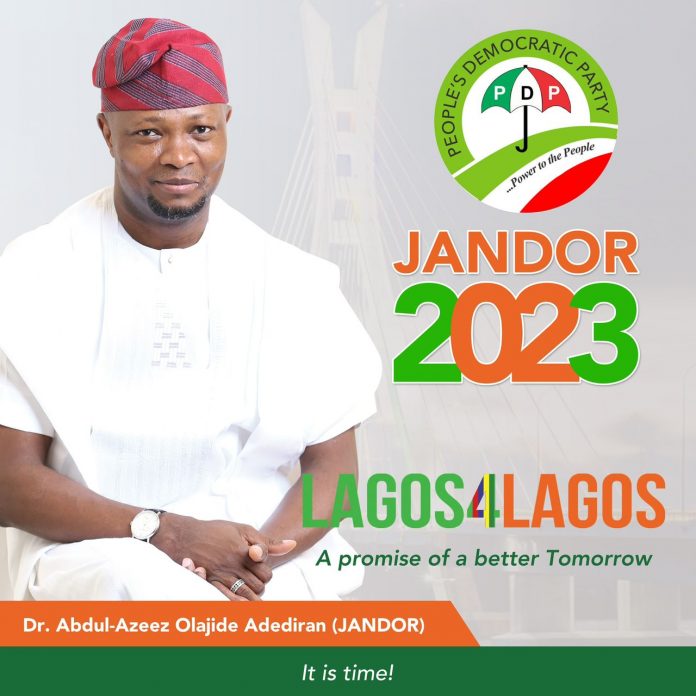 Following growing demand by major stakeholders in the PDP, especially the Governors to be part of Dr. Abdul-Azeez Olajide Adediran (Jandor) formal declaration, the much-anticipated event earlier scheduled for January 11, 2022 has been shifted to January 21, 2022.

Dropping the hint during an emergency CWC meeting of Lagos4Lagos and members of the Local Organizing Committee (LOC), Jandor stated that the new date became imperative following an emergency meeting he had with the Leader of the Party in South-West, Engr. Seyi Makinde who is equally the Governor of Oyo State on Sunday, January 9, 2022.

Jandor stressed that Gov. Makinde expressed the interest of his colleague Governors, Federal Lawmakers and other major stakeholders who have signified readiness to be part of the grand event.

Addressing the gathering of Lagos4Lagos at the meeting, Jandor stated that the new date is an opportunity to ‘win more souls’ into the Lagos4Lagos train. He noted that the request for change of date by the Governors and other stakeholders is a demonstration of the rising profile of the Movement and its symbol.

Senate rescinds decision on passage of proceeds of Crime Bill

Emirates Airlines announces resumption of services in Nigeria after 10 months