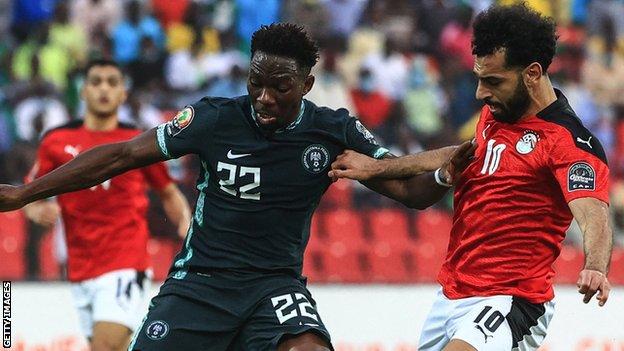 The build-up to Tuesday’s crunch clash between the two Group D favourites centred around the Liverpool star, who is widely regarded as the best player in the world at the moment. But Salah cut an isolated figure as the Pharaohs struggled to impose themselves in Garoua, while the West Africans dominated the game.

“In terms of preparation and strategy, we had a special plan for Mohamed Salah because we know his quality,” Eguavoen told BBC Sport Africa. “Basketball is one game that I love so much. When you are playing against the likes of Allen Iverson, Michael Jordan and others if you don’t double-team you’ll have a problem. “That is the same strategy that I bring into football. So when Mo Salah is with the ball, the closest person goes to him and the next person has to double-team to make him play back.

“It worked for us like 80%, but Salah broke loose one or two occasions which is normal, but again congratulations to the boys because they are so intelligent.”