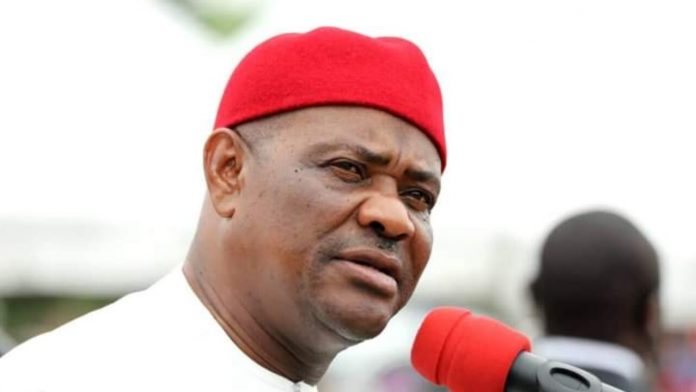 Rivers State Governor, Nyesom Wike, says God will not forgive the Peoples Democratic Party (PDP) if it fails to rescue Nigerians from the socio-economic hardship inflicted on them by the policies of the All Progressives Congress (APC) led Federal Government. He stressed that for the PDP to actualise such an objective, all governors of the main opposition party must be united.

The governor stated this on Tuesday during a courtesy visit to the Oyo State Governor, Seyi Makinde, at the Government House in Ibadan. He explained that he was in the state to formally appreciate Governor Makinde, who was the secretary of the PDP Convention Planning Committee, for producing what has been acclaimed by Nigerians as the best convention in the history of the party.

Governor Wike observed that having successfully produced a new national leadership of the party, the governors and other members of the party must remain united in order to form a formidable team to dislodge the APC from power in 2023. “It is important for us as a party to unite because Nigerians are waiting for PDP,” he was quoted in a statement by his spokesman, Kelvin Ebiri. “We cannot afford to lose this opportunity, and the key for that is that the governors must be united and must support the party.

“It does not matter who will be the presidential candidate. If the party is united, the governors are united, I can tell you that victory will be ours.” The governor said millions of Nigerians were languishing in abject poverty due to the harsh socio-economic policies and they were desperately looking up to the PDP to emancipate them.