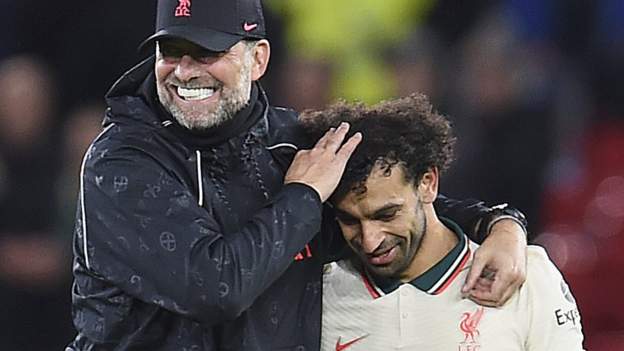 Manager Jurgen Klopp says he is “very positive” about the prospect of Mohamed Salah extending his Liverpool contract beyond the end of next season.

Salah, 29, says his future is in Liverpool’s hands and that he is not asking for “crazy things” amid reports he wants £300,000-a-week wages. “I know that Mo wants to stay. We want Mo to stay. That’s where we are. It takes time,” said Klopp. “I think it’s in a good place. The fans are not as nervous as [the media] are.”

Klopp added: “I’m very positive about it. It’s nothing to worry about; it’s a normal process.” Salah has scored 148 goals in 229 games for Liverpool since signing from Roma in summer 2017.

His streak of goal-scoring form helped Liverpool win a sixth European title in 2019 and end a 30-year wait for the domestic league title the following season.

Online voting, a project we are working on – INEC